Eugene McKinney, professor emeritus of speech and drama, died in San Antonio Dec. 1, 2010. He was 88. McKinney, a well-regarded playwright who scripted several stage and television productions, was Trinity’s playwright-in-residence for 24 years. He left Baylor University in 1942 to join the U.S. Army during World War II. While a sergeant with the 3rd Army in Europe, McKinney received a battlefield commission and became a 2nd lieutenant. After the war, he rturned to Baylor, earned his bachelor’s in 1947 and his master’s in 1948; then joined the faculty there. In 1959, he became a professor of playwriting at the Dallas Theater Center. He became director of the Center’s graduate program in 1984. In 1963, McKinney was one of several faculty members who came to Trinity with Paul Baker after Baker resigned as chairman of Baylor’s drama department over artistic diferences. McKinney retired from Trinity in 1987. Twelve of McKinney’s plays were produced, including A DIFFERENT DRUMMER, CROSS-EYED BEAR, THE ANSWER IS TWO, and OF TIME AND THE RIVER. He also wrote for television, and his scripts included “A Different Drummer” for CBS, “So Deeply in the Well Known Heart Of” for NBC, and “I Came, I Saw, I Left” for ABC. His is survived by his wife, Treysa, and son, Michael.

Taken from TRINITY THE MAGAZINE OF TRINITY UNIVERSITY JULY 2011

One of the best-known directors in Baylor Theatre history Paul Baker, who served as chairman of the Baylor University theater department from 1934-1963, participated in “The Genesis of the Creative Spirit,” a festival that will examine the theater program from 1901-1963.

“People from around the world would come to work with Baker,” said Deborah Mogford, senior lecturer in theater arts who studied under Baker at Trinity University. “It was not uncommon for a student to walk into the theater and find people like Frank Lloyd Wright, Charlton Heston, Eli Wallach and Henry Haws waiting to teach classes or perform in a play.”

During Baker’s tenure, the theater department at Baylor was elevated to international prominence. It was during this period that the university built its first theater building, established the Dallas Theater Center and gained national acclaim for experimental productions, including revolutionary stagings of “Hamlet” and “Othello,” which featured performances by Charles Laughton and Burgess Meredith and were reviewed by the “New York Times” and Paris newspapers. Baker resigned from Baylor in 1963 after a well-publicized clash with the university over a production of Eugene O’Neill’s “Long Days Journey Into Night.”

Paul Baker, the founding artistic director of the Dallas Theater Center and a legendary presence on the Texas theater scene, has died of complications of pneumonia.   He was 98. The former director of the drama departments at Baylor and Trinity universities died Sunday in a hospital near his Central Texas ranch near Waelder, about 70 miles southeast of Austin.   In the 1950s, Baker invented revolutionary arts training known as “integration of abilities,” which won the attention of theater artists around the world. “Irritating, arrogant, nuts — and a genius,” is how the late stage and film star Charles Laughton described director and teacher Baker.   The same man affected almost every theater hall built in Texas during the late 20th century by insisting that spectators share the theatrical space with the performers.   “In the long history of theater architecture, no single person has contributed more to its development than Paul Baker,” wrote Dallas architect Arthur Rogers. A minister’s son, Baker was born in Hereford in 1911.   His imaginative responses to the West Texas landscape deeply affected his later teaching on creativity. Baker attended Trinity University when it was still in Waxahachie and then earned his master’s degree in drama at Yale University. In 1934, Baker accepted a teaching position at Baylor, where he met and married Kitty Cardwell, a math teacher and artist who later translated his theories to children’s art and theater.   They had three children.   Two years later, Baker made a crucial voyage to England, Germany, Russia and Japan to observe theater.   Insights from this trip helped form a new Baylor theater, Studio One, which placed the audience in swivel chairs embraced by six stages.   Over the next decades, Baker would contribute to 10 other Texas theater designs that positioned the dramatic action around the halls, rather than on a 19th century-style picture frame stage. I  n 1959, Baker co-founded the Dallas Theater Center, which served as the Baylor drama department’s graduate school.   With Baker’s input, Frank Lloyd Wright designed the center, the great architect’s last building.   Baker was artistic director for 23 years, promoting many performers and playwrights along the way.   By the early 1980s, Baker was tangling with the Dallas theater group’s board of directors.   He wanted to retain the educational approach; they preferred an Equity union theater with well-known stars.   In 1982, he resigned, and that spelled the end of the Baker era in Texas.   His innovative Baylor theater was torn down, his Trinity theater severely altered. In Austin during the late 1980s, Baker directed Preston Jones’ “The Oldest Living Graduate” at the Paramount Theatre and his own adaptation “Hamlet ESP” at Hyde Park Theatre.   Austin philanthropists Ernest and Sarah Butler, for whom the University of Texas School of Music and Ballet Austin’s Eduction Center are named, were students of Baker’s.   His “integration of abilities” inspires them to this day.   Baker was awarded the Texas Medal of Arts in 2007 for his contributions to arts education.   Baker is survived by his wife, Kitty, and three children, Robyn, founder of Dallas Children’s Theater; Retta, a former executive with the American-Statesman; and Sallie, who teaches theater and writing in Denver.   A Dallas memorial will be held in early December at the Children’s Theater’s Rosewood Center for Family Arts.   Donations to the Children’s Theater or another charity are requested in lieu of flowers.Share E-mail Visit Guest Book

Published in Austin American-Statesman from October 26 to November 13, 2009

University of The Philippines drama department 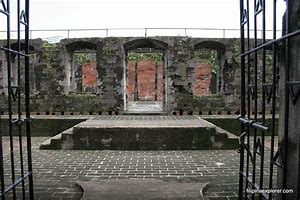 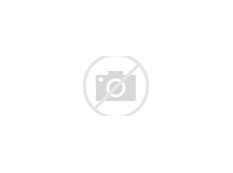 While working at the theater in Fort Santiago, Randy directed “The Chairs,” a production he placed in an underground dungeon used by the Spanish and the Japanese.  In response to the production, a cast member wrote: “Thank you so much for “The Chairs.  To us, the play meant the beauty of group effort, of self-discovery and the discovery of others.  We will always remember the great and quite director, brimming with creativity and the rehearsal hours under the dungeon arches.”

Through the years, PETA has remained as one of the top theater organizations in the country. In it’s almost 50 years in the industry, the company has developed a multitude creative theater artists who believe in PETA’s vision of empowering a citizenry through theater arts. It has also built a network of partners who value culture as medium for change, and believe that theater can be a tool for education, social change and development.